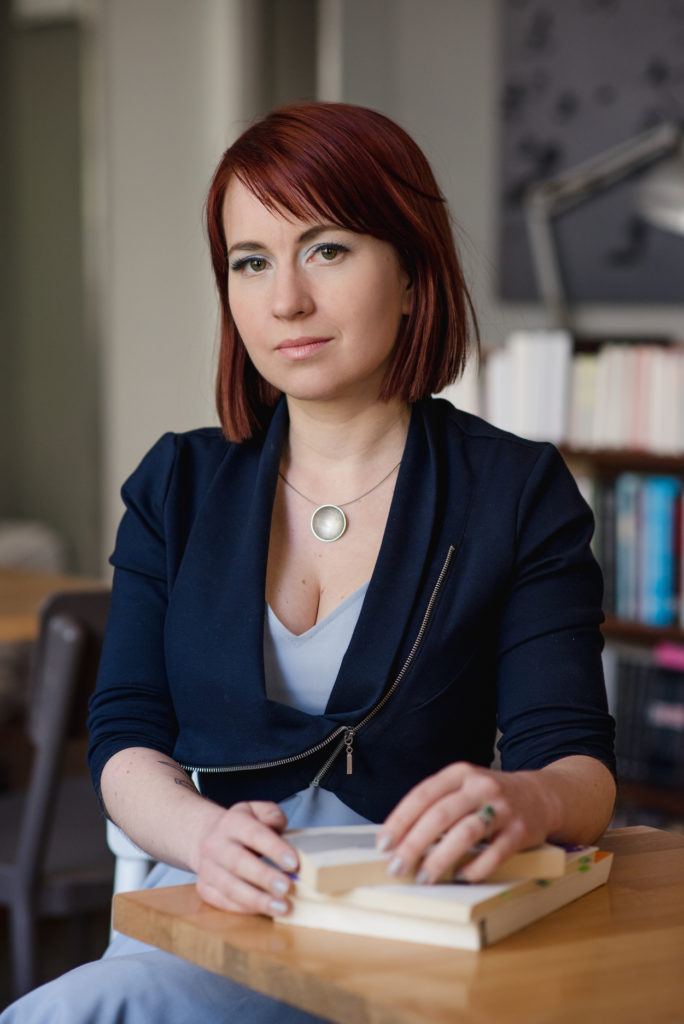 Joanna Erbel ? sociologist, urban activist. Since 2007 she has been active in strenghtening local communities, increasing the extent of social participation and the quality of urban democracy as well as supporting sustainable development of the city and promoting good solutions for housing policy. Founder of the Blisko Foundation.

Since October 2016 has participated in the Round Table for the adaptation to climate change within the framework of the project „Preparation of a strategy for adaptation to climate change metropolitan city, using maps of climate and social participation” (ADAPTCITY) carried out by the Institute for Sustainable Development, Office of the Capital City Warsaw, Union of Polish Metropolises and the Verband Region Stuttgart. 4. Since October 2016 Member of the Project Team of the capital program „Development of dialogue and communication,” conducted by the Center for Social Communication of the Capital City Warsaw. 5. From November 2015. Member of the Working Group for Social Affairs in the process of updating the development strategy of Warsaw – Warsaw 2030.

Since 2011 a member of the Congress of Urban Movements (KRM). She is a co-author of the commentaries to the National Urban Policy Assumptions, most of which have been included in the final document. Her activity in the KRM concentrates on social involvement and housing policy issues. She is also a member of the Sustainable Development and Ecological Modernization Council under auspicies of the Mayor of the city of Słupsk.

In 2012, she participated in the Defenders of the Prasowy Milk Bar initiative and in laying down the guidelines of an open profiled competition for a new lessee of the bar with the representatives of the Śródmieście District Board. In 2013, as the representative of the legal civic initiative -?Stop the Rise in Public Transport Fareś, that collected 18 thousand signatures under the resolution to put the rise in public transport fares on hold.

She was also part of the Open Jazdów (Otwarty Jazdów) and Targowa Street 2.0 (Targowa 2.0) initiatives, which successfully set out the strategy for the cooperation between the local communities and the City authorities. Her latest involvement in the ?Footbridge to Prague? initiative was to secure funds to the city budget for a footbridge connecting the left and right banks of the Vistula.

The Blisko Foundation organizes, in cooperation with social partners and local authorities, a series of seminars on ?Housing Policy in 21century. Good practice for Polish citieś. The aim of the seminars is to present housing alternatives which can be implemented by local governments. The meetings are dedicated to urban activists who deal with housing policy, non-governmental organizations and local authorities.